HITTING THE MARK AFTER SIXTY 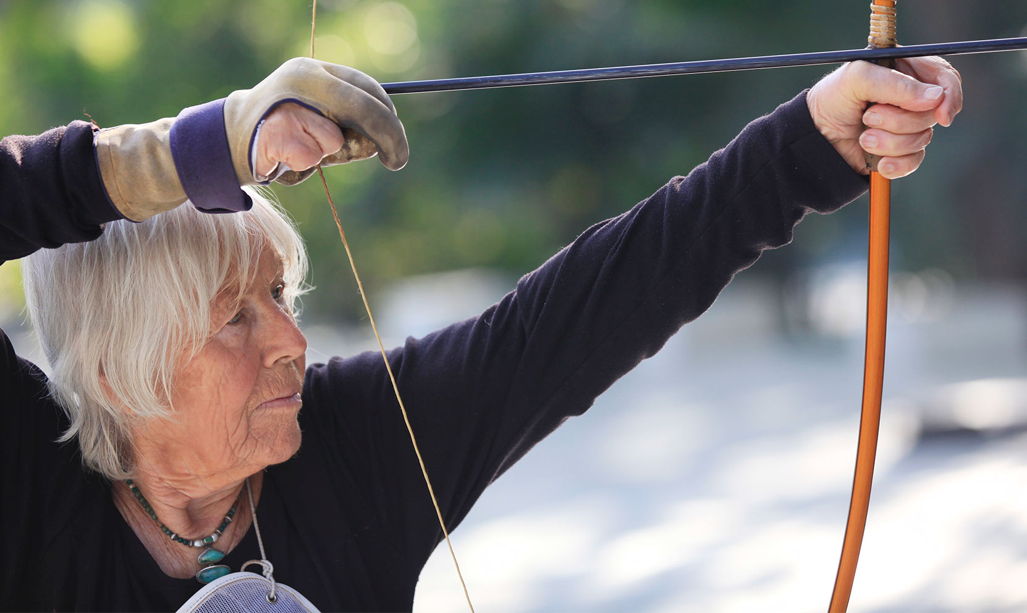 How Life Can Begin For Women After Sixty

Boddhi Hanna Kistner is another of those women who overturn societal expectations of age, and women, and ability, through their actions. Yet another woman who reckons her life began when her family was reared and she quit her job at age sixty.

Societal conditioning can cause us to believe that from our middle years onwards, life will carry on in its familiar rut with very little change, apart from creeping decrepitude, until we succumb to some final illness followed by death. This limited thinking causes a lot of people to start winding down at forty, not to mind sixty, thus limiting their lives unnecessarily.

I had heard of Bodhi Hanna Kistner a few years ago and, on looking her up again, discovered she passed away last June 2017 at age 89 having discovered a wonderful life in her later years. Born and raised in Germany where she worked for a large book company, her life had been a very demanding and stressful one. Simultaneously raising a family and organising the book distribution system for the Bavarian publishing company she worked for, without benefit of a computer or internet, meant work life was intense. Life for her, was the constant hurried rush of being torn between family and work, that so many of us women juggling family and career or business are only too familiar with.

She reports: “Only after sixty my true life began”. This occurred when she moved to India aged 60 and wandered into a Kyudo class. She loved it! However, she was also pretty hopeless at the highly skilled art of Zen Archery for which she had developed such deep connection. Despite her teacher telling her she would never be any good, and kicking her out of his class (after she’d followed him to Japan no less!), she never lost heart, but persisted, and mastered her chosen art. 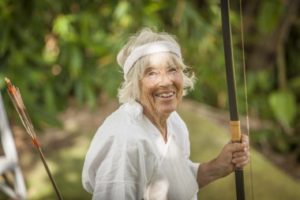 The benefits of her deep engagement with Kyudo produced results that far outweighed anything she could have anticipated. Practicing this skill not only opened up her body but her mind and heart.

“…in Kyudo we aim not just to hit the target. A bow is only a tool that allows us to open up, physically and mentally. To make a shot, you have to straighten your back and slow down. If you master this art, which is extremely difficult, you can hit the target even with your eyes closed. It happens on its own accord. This skill of opening up to the world that I have mastered along with archery is most precious to me. That’s why I continued to practice despite anything. And when I was 70, I started to teach, because with age came an urge to share my knowledge.”

Opening up to the Present Moment is the most precious gift anyone can master. Enlightened masters say that is what they are trying to bring seekers to understand – that there is only the Eternal Present and that is What We Are. Living this way, she said, life is effortless.

Bodhi Hanna found travelling the world teaching Kyudo to be quite undemanding. She stated that taking no notice of past or present, life simply flows. She planned to teach until she died, which indeed, she did, having lived a lifetime beyond the age when too many people fall into the delusion of being in the “departure lounge” and give up on life.  She also discovered a love of dancing, another joy she engaged in.

I think her energy and sense of effortlessness was also due to finally finding and living, a life she loved, which she in turn shared with others.

What mark would you like to hit after forty, or fifty, or sixty, or seventy?