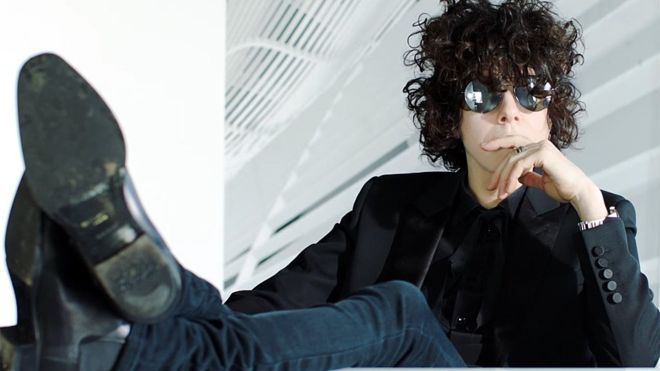 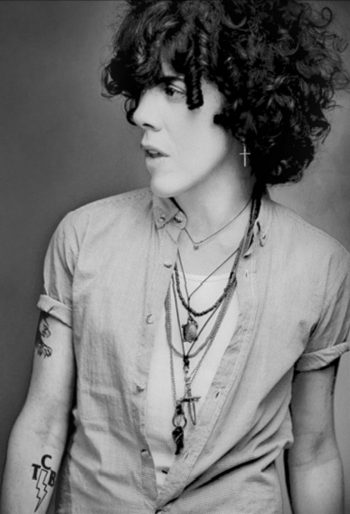 Last Sunday morning, propped up in bed, I was scrolling through Facebook, like ya do, tum-te-tum, when I came across a post shared by a friend. It was a video of a singer I’d never before come across, Laura Pergolizzi, “LP”. I idly clicked on the link, and within seconds, had discerned: here is a woman complete in herself, who has not compromised who she is.

I had an instant snapshot of someone immersed in a world of her own choosing, in which she was invested and comfortable – there was something not only, about her clothing and body language, and the tattoo, visible on her chest just above the low collar of her suit, of a fully masted sailing ship with sails billowing, but in her energy, discernible even on video, of a woman living her passion, on her own terms.

It turns out that situation has been hard won, and that my snapshot vision is a true one. Laura is a singer songwriter, who, for years and years, wrote hits for others – The Backstreet Boys, Rita Ora, Christina Aguilera, Rihanna etc., but despite writing over 140 of her own songs, had no luck getting traction as an artist in her own right (which was incredibly demoralizing, but she.did.not.give.up.). She had gone through seven record labels, when, in 2015, she quietly released an album Lost On You? That began to take on a life of its own, spreading as a hit, first around Europe, then Russia, before her talent as a Rock Star (not Rock Chick, note), began to be realised in her own country, the USA. She says now, being dropped by the record labels was a gift in disguise; they kept trying to get her to compromise her ‘look’ and identity. She’s a gay woman and is not prone to shrinking her identity or integrity for anyone – as too many women, gay and straight, have found themselves doing for a multitude of reasons – the one umbrella reason being, of course, social conformity/fear of rejection, and often, business profit.

There is absolutely nothing more valuable than being true to yourself and expressing that!!! Being half alive is the only alternative.

Laura may look like a Rock Star, act like a Rock Star, sing like a Rock Star, and be a Rock Star, but unlike so many others in the business she knows how to take care of herself. At 37, she credits practising yoga since her mid twenties with contributing to her energy levels and sense of wellbeing, that, and making a living doing what she loves to do. She also parties, but, balance, ladies, balance!

She says she knew that no matter how much energy she had to expend on her passion, ultimately, doing what she loved to do, would be her saviour as a person.

“You can’t forget the subjectivity of this business. One man’s trash is another man’s treasure.” LP

On the absolute masculine side of the equation, the above quote echoes what Arnold Schwarzenegger said of the naysayers who said he’d never be a success due to his social background, then his musculature, then his accent, then his nationality….all of which turned out to be assets rather than the liabilities he was told they were. He didn’t conform to any of the film star stereotypes, but he had already overcome so much to move from a life of poverty (and paternal abuse) in Austria, to emulate his adopted role model, English man Larry Silk, who had also grown up in poverty in Leeds, to become Mr. Universe and who then went on to use that to become a successful actor in action movies. The young Arnold formed a compelling vision to follow in his footsteps, he became a successful bodybuilder (winning Mr. Universe once and Mr. Olympia 7 times), to get to America, to become successful in films and, as we know, to go on to become a political mover and shaker. While I wouldn’t exactly be a fan of Republicans and am definitely not a proponent of the Death Penalty (which he was), I’m for his outspoken criticism of Donald Trump and concerns for the environment we are so casually destroying for ‘economic’ reasons.

Schwarzenegger’s innate talent was to discern a vision of what he could achieve and not be swayed by those whose minds and visions were far more restricted than his.

Despite numerous peaks and troughs, and working in bars during difficult periods, she never gave up on her vision, or on her talent. Not being the classic vision of socially accepted ‘saleable’ female beauty with a voice that would fit into a category easily identifiable within the music industry, meant she had to have even more conviction around her self value.

“Success doesn’t make or break your private happiness, I think, you do, as an individual, but I think it feels very satisfying to have worked hard, and to, you know, get there. It feels gratifying.”

Her definition of happiness? Spending time with people she loves and bringing happiness to people through her art.

“What’s more interesting than changing the chemistry in a room in three minutes with a song?” LP

I’ll concur with that. It didn’t take more than one view of that video to become a fan of her work, and some subsequent research to become a fan of the person of Laura Pergolizzi, a well thought through, committed to being herself, authentic person and uber-talented artist.

170 million viewers of that particular video had come to that conclusion before I had!

Lost On You? Written a year before the break up of a long-term relationship, is the title song to the album, and a poignant questioning of the time and emotional investment lost on a relationship that appears to be withering. Naturally, so many people can relate to that, whether it’s time lost in a relationship or a potential self lost at a job or lifestyle that just doesn’t do it for us, or for which we are not appreciated.

Quietly released, the album was discovered and taken up initially, by a record label in Greece where it became No1 and remained at the top of the charts for 10 months! It then spread out around Europe. Success can come in the most unlikely of ways – but it always seems to be preceded by commitment and consistency – by sheer showing up as yourself for yourself. That alone, when practiced authentically, will eventually be of benefit to others, as our true self is never a selfish b$*ch! And truth resonates deeply with others, giving us permission, somehow, in whatever way we need to, to also be our authentic selves.

“I try to be the real-ist self I can be, cos it’s the only way I know how.”LP

That is what I resonate with, and here is the video in which I first came across this wonderful artist – LP performing Lost On You?

What is your compelling vision?

Or are you still searching for it?