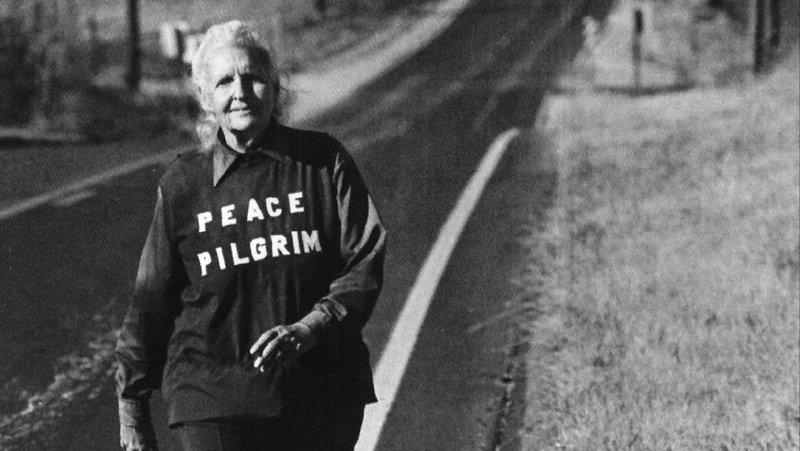 Peace Pilgrim is a woman who at age 45, left ‘normal life’ one day in 1953 to walk America for Peace. She brought with her only a comb, toothbrush, pen, and a map traveling thereafter fuelled by her own radiant sense of inner peace and the power of intimate knowledge of her divine nature and the inherent divinity of All.

During the TWENTY EIGHT YEARS she walked the United States as a peace pilgrim, she never asked for or carried any money, steadfastly committed to her vow to fast until given food and sleep outdoors unless offered shelter. Her message may have been a call to peace, but her essence and the example of her life remains a call to Awakening, and thereby her legacy to humanity is inestimable. 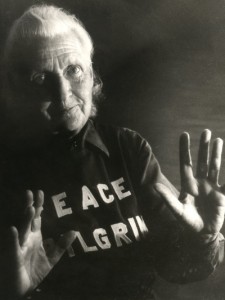 Last Christmas, for some reason, Peace Pilgrim popped into my mind. I have no idea why and no memory of when or how I first came across her – some vague recollection of hearing about some woman who walked for peace. Then, a few days later, as I was about to practice some Qigong, I went on YouTube to play Kumuda’s version of the Guru Geeta which I had taken to listening to while performing Butterfly Sweeps and The Golden Sun sequences. Lo and behold, there, on Kumuda’s channel was a documentary about Peace Pilgrim. Since then, I’ve watched several documentaries on her, interviews, and talks she gave to college students. In every undertaking she exudes a Truth based conviction. She is a massive inspiration to me and causes me to continually question my values and the direction in which to take my life. She is someone who grew to the fullest maturity a human being can reach – that of aligning with and living their essential Being, The Being we all are, which is the Peace and Unconditional Love of All That Is. By living as she did, her life was a testament to what is truly of value and a refusal of all the excuses we make not to live that life – she was 45 when she set out on her tireless walk without any money or transport or special hiking gear or… or…. or….any of those things we imagine we need in order to do anything. We don’t need to be young, rich or beautiful to be successful. We don’t need extraordinary talents, or celebrity to be highly influential or to be fulfilled. She challenges me to give rather than take, to connect rather than isolate, to create rather than stagnate, to be positive rather than cynical, to measure myself against my own standards, to question those standards and to live a life which nurtures my soul. Her level of trust in Life, in the Divine, is a one hundred percent validation of the trust and love in which the Divine holds us, its creations. Her expression of that Trust and her recognition that we are One, the Totality of All That Is, caused her to live her own life in service to All.

“As I lived up to the highest light I had, higher and higher light came to me.” 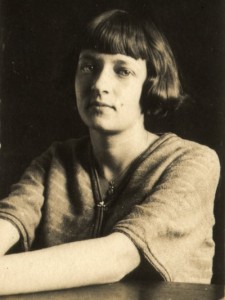 Peace Pilgrim is a woman who walked out the door of her existing life and identity as Mildred Lisette Norman one day in 1953 to walk America for Peace. She brought with her only essentials: a comb, a toothbrush, a pen, a map, and her own radiant inner peace. During the TWENTY EIGHT YEARS she walked the United States and Canada as a peace pilgrim, she never asked for or carried any money, instead relying solely on people she met to provide her with food and accommodation accepting only if they offered. Her trust in the Divine to provide her with all she would need and to protect her if necessary was wholly received and returned to her in the form of abundant health, irrepressible joyous energy, and a life replete with meaning and purpose. At every opportunity she spoke about peace, expressed peace, taught peace and lived peace with every breath and every step, and by so doing, became a model of who we are once we realise we are the Totality expressing itself to itself as Love and Peace Personified.

There are several other documentaries available, including the very interesting documentary with John Robbins below, who cites her as a huge early influence in his life. John had already walked away from the vast fortune his family had accrued as the Baskin-Robbins ice cream giant.  He had realised how unhappy and neurotic the wealthy friends and associates of his family appeared to be and had realised too, that the path of inheriting the family business was not for him.  He sought a simpler life, one more in alignment with his ethics and values; with ecology and sustainability and far removed from the hypnotic and destructive cultural trend of material possession and soul dispossession.  Coming across Peace Pilgrim provided wonderful validation for him – here was a giant, a pioneer of ethical values who had also walked away from so called normality to forge her own life in service to a greater cause.  His talk on her in this documentary will also provide major inspiration for anyone questioning the status quo and seeking an alignment with their soul values.

“Unfortunately success in American culture seems to be to shop until the planet drops.”  John Robbins

“Anything you cannot relinquish when it has outlived its usefulness possesses you, and in this materialistic age, a great many of us are possessed by our possessions.” Peace Pilgrim