STALKING THE WICKED WITCH WITHIN 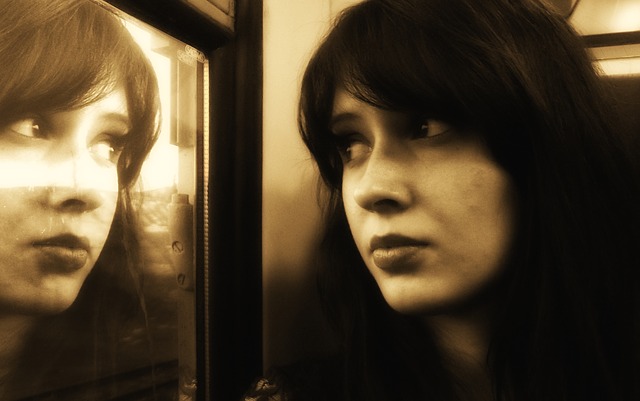 So, I’m drilling a bit deeper into the last post – THE STORY OF OUR LIFE BECOMES OUR LIFE – and looking at how those stories form and the influence they have on our self-image and identity. MASSIVE. M-A-S-S-I-V-E!!! This cannot be overstated. Our minds create the universe….but that’s another story. For the moment let’s stick with little ole us (the merely Yinfinite!).

As kids, we grew up on stories, both the stories of the people around us (their dramas), which seemed to be so real to them and so to us – all little kids look to adults for truth and guidance – and to the fairy stories which were also passed down from generation to generation, and to which we listened with wide-eyed wonder and delight. For us women, those stories had a beautiful and innocent Princess and a Wicked Witch who sought to do harm to the beauty through jealousy and innate maliciousness.

So, we were presented with two polar opposite images of female role models with which to identify. Later, as we became adolescent the Madonna/Virgin and Whore archetypes would join the fray as we struggled with our sexuality and approaches to that – or, in too many cases, assaults on that. For some, that began far, far too early in childhood.

For all of us however, the archetypes were established in our psyches at a very young age, and we identified with the beautiful and innocent princess. Of course we did, we were beautiful and innocent little children, reliant on adults and fearful of wickedness. While overtly the identification with innocence remained the same as we matured, in the depths of our unconscious it would alter as we began to hear lots and lots of negative criticism. It is said that every child hears eight negative comments for every one instance of praise. That’s a lot of brainwashing right there and as little kids, we don’t have the defenses to query the self beliefs we are beginning to gestate in our minds. We begin to formulate quiet background stories in which we secretly believe ourselves to be the baddie, somehow.

The dramas the adults in our lives play out become ours as we take on their guilt, shame, anxiety and so on. They’re not to blame, however, they’ve been fooled into creating false identities through the stories passed down to them also, and are suffering through misidentifying with their negative thought patterns, and the damaging stories they are telling themselves.

As we believe the comments, and they play over and over in our minds, we begin to perceive ourselves as the wicked witch and strive even harder to be the princess. This takes up huge amounts of energy. Energy we could be using to create lives we love.

The pure, innocent being WE REMAIN has been invaded by a Wicked Witch in the form of negative thoughts that distort our perceptions of ourselves. (It’s important to state again, our pure core never changes, it is there to be accessed and our pure potential resides within it). To take an example, if I believe myself to be unlikeable (and believe me, I’ve had to work with that one), I won’t give myself permission to ask for what I want and I won’t give myself permission to share what I’ve got. I simply won’t value myself enough. You know that familiar thought – “Who am I to…..?” And so the world misses out and I miss out! I’m guessing you can identify with this one.

Most of us, when we begin a process of self-enquiry, discover a whole underworld of BS (bullshit we unfortunately believe) sabotaging our lives from the inside out. It’s only by uncovering and challenging our thoughts that we begin to see the ridiculousness of those negative assertions thereby rendering them powerless over us. We can then say “Tah Dah suckah!” and move on. Soon, we can’t even remember what a lot of those pesky thoughts were. Like the Wizard of Oz, they are tiny and insignificant imposters blowing loudly through a megaphone from behind a screen. Pull back the screen and they shrink to their rightful status; our thoughts will now behave in service to us and not the other way around.  That is what they are for, mere tools to help us live a joyous and compassionate existence.

“Your worst enemy cannot harm you as much as your own mind, unguarded. But once mastered no one can help you as much.” ~ The Buddha

See the previous post for the exercise on noticing your thoughts. We need to catch those thoughts before we become aware enough to change. Do the exercise – you’ll be amazed. Like going to the gym, just thinking about it ain’t gonna do you any good. Catch those thoughts in action! Shine the light of enquiry on them and watch them dissolve.

Take ONE THING you want to change about your self-belief. Say, you don’t feel much good at your job, or you feel you’re a crap mother or girlfriend.

That’s a powerful question to ask consistently, it will motivate you and awaken you from the hypnotic trance of conditioned negative thinking.

In small ways, by consciously adjusting how you behave, every time you catch yourself holding back through those lies your mind is telling you about yourself, you will become a different person living a happier life.

Keep a journal, focus on your progress – then please come back here and leave a comment on what you’re noticing. 🙂